10 Cars That Should Not Be Road Legal 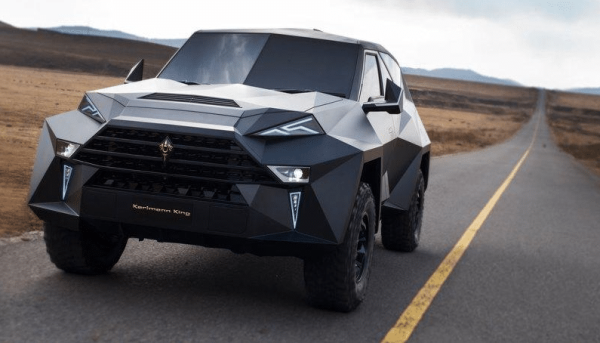 There is every kind of car available out in the American market to shop from. In addition, dealers and car owners from all over the world offer thousands of different models and brands for sale. But, many attractive vehicles are not in approach for American drivers since the country’s regulations prohibit them. When we talk about exotic, exclusive, and generally expensive designs that are not normally permitted in the United States, prospective car owners can attempt to obtain special permits. However, many vehicles are still prohibited from entering the United States, either because of trade restrictions or because these vehicles do not meet strict United States safety and environmental regulations.

The 2003 Tuscan car that appeared in John Travolta’s film “Swordfish” is among the TVR-produced cars prohibited in America. These cars do not satisfy the safety regulations because of the lack of antilock brakes and airbags. Nevertheless, they have an extraordinary acceleration, but before putting a Tuscan on the streets of the United States legally, some changes need to be done.

Lotus seems convinced that cars should be made lightest to increase their speed and acceleration. Unfortunately, due to the roofless and windowless design, the elegant Lotus Elise One Series one also violates the safety regulations of the United States. Lotus Elise is among the lightest supercars ever made, which boosts it to speed up from 0 mph to 60 mph in 6 seconds or less without much horsepower. However, the pure approach (no roof, no windows) has never worked for regulators. As a result, the NHTSA has blacklisted every Elise Series 1 model year (1996 to 2001).

Ever thought of a car with no doors? Lotus makes it possible. It does not have any doors and only has a roof and windows to increase speed and acceleration. On the inside, the car only has two bucket seats and nothing else. The American system questioned it based on safety and took a simple approach by banning the production of the 340 version. With the development of aerodynamic racers, the 340R is hard to beat in the racing ground.

Only 6 Jaguar XJ220S have been manufactured, so even if the U.S. hasn’t banned it, they will unlikely enter the U.S. anyway. However, Jaguar has been permitted to enter the United States in “display or show,” allowing car owners to display their cars at events. Considering the Jaguar sports car’s rarity, fashion, and speed, if there are people excited to see this unique project with their own eyes, it would have been a good choice. The reason for the U.S. ban is that NHTSA believes that the XJ220S is too fast and unsafe.

Porsche is a massive name for car enthusiasts. The 911 Porsche launched in 1992 is among the most well-known models of this German car manufacturer. However, local drivers are banned from owning the 1992 Porsche Carrera because it could not pass the safety and emission tests. However, the drivers committed to getting in touch with this brand and model can now own it. The vehicle prohibition rule only applies to vehicles that have not completed 25 years. After 25 years, you can import the vehicle of your choice from foreign if prepared to pay additional transportation costs. Other models of Porsche, like “1993 Aston Martin Virage Volante”, “1989 Porsche 959 S”, etc., are also banned in America.

This car is just like an excellent movie star. It appeared in many series, as well as Japanese comics, computer games, and picture novels. It is known to be the ultimate expert street race car. This Japanese-made car is a unique punch, with an almost 2.8l turbocharged engine, capable of producing 330 horsepower and a top speed of 186 mph. It is no surprise that the USA authorities stated that this Godzilla car is too threatening to drive in America. Nissan Figaro 1999 was also banned because it did not meet American safety regulations.

The automaker’s American contact, sadly called Isis Imports, listed on its website a total of three cars produced in the past 50 years, one of which was a three-wheeler. 2002 LeMans’ 62 is also no exception, even only for “show and display.”

This name is among the most enigmatic names in European motorsports in the 21st century. Its stylish and exquisite vehicles are the objects that drivers worldwide desire. Although many Alfa Romeo cars are sold in the United States, the Alfa Romeo model 2010 does not consider the U.S. market. The 8C Spider could not pass the U.S. safety test as thus was banned for American motorists.

This car is one of the car manufacturers that has played an important role in film history. The Virage Volante shown in the Hemmings list is one of five cars that were ever made through manual transmissions. Only a few of these supercars were manufactured, and the American authorities allowed only single Aston Martin Phantom Volante cars to launch in the country as a “display or show.” However, you can easily import these models from abroad according to the 25-year rule.

Honda adopted the Pininfarina design and assembled this small rear-wheel-drive mid-engined sports car in the early 1990s. It has never sold in large numbers, and production is only carried out in Japan. Fans hoping to have a show in the United States are out of luck.

These cars are known for their racing abilities and speed. People all over the world enjoy these cars. But these cars are not available to the people of America. According to NHSTA, these cars do not qualify for security regulations. You need to wait a long time to enjoy riding these cars in the USA.