Common Vehicle Modifications That Are Illegal 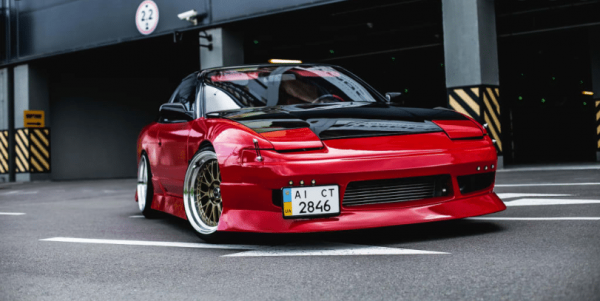 Vehicle modifications have become essential parts of automobile culture, and you cannot pass your day without even seeing one from the automotive aftermarket world. Many young men and women spend countless dollars on modifications and upgrades to their vehicles to improve the look of their cars. Learn about the illegal improvements many people add to their cars or more appeal.

All vehicles come with a muffler on their exhaust system to control noise levels. While it is illegal to remove them, aftermarket exhaust systems are out there if you want more noise. Again, different states have different laws regarding how loud your exhaust is allowed to be. Like in Texas, no one likes vehicle noise at all, which means engine noise.

Some cities even have their local laws on engine noise. In California, the limit of loud exhausts is 95 decibels, while in Kansas, engine noise has to be less than 90 decibels at a distance of 50 feet.

With automatic license plates, you can not only evade law enforcement authorities with trickery, but the chances of what you can do with the plate covers will draw out the horns on your head. This type of equipment is legal to own and buy, but it is illegal to use on the road; covering your plate at the flick of a switch is often used to avoid law enforcement authorities.

Keep your license plates visible at all times. You could end up having a ticket or in jail if you get caught with this modification on your vehicle.

Put tinted windows on any vehicle; however, laws ban or limit tint windows in nearly every state. Illinois state law forbids any front or side window tinting unless the driver has any medical condition and proof of it. Some states permit tints as long as they transmit a minimum range of light or allow some on the upper edge of the windshield.

Also, cops carry devices to measure how much light passes through the tinted windows, and they’ll ticket you if they find a violation.

If you use LED bars while driving off-road or in dark areas without traffic, they are convenient. However, it is illegal to have them, especially on the highway, unless you turn them off and cover them. These LED light bars are offensive for being extremely bright.

So, having them on in regular traffic can blind the upcoming traffic and drivers, causing accidents. So, cover them when not in use, and you don’t accidentally turn them on and get yourself a ticket.

Truck drivers are especially keen on lifting their vehicles’ suspension, but this can make the truck potentially dangerous and difficult to handle on roads. If you want to lift the suspension or drive through a different state with a high lifted suspension, which is legal locally, check the other states’ local rules before deciding. For example, in Connecticut, vehicle owners can only raise their suspension by four inches, maximum, while in Georgia, the limit is two inches.

Nitrous oxide kits are popular with speed freaks. They are a potent power upgrade when they are properly installed and controlled. However, the cops are tense about nitrous oxide bottles in cars. And that is why most Nitrous owners hide them in their vehicles.

Because if you have nitrous oxide in your vehicle, you are what you are- a street racer, which most states forbid.

Like lifted vehicles, lowriders have regulations, various state laws regarding cars height. If a car is too low and scrapes, it can be deemed unsafe, ticketed, or even impounded. Luckily, hydraulics go around these laws, but most cities prohibit hydraulics while driving; others ban them above 15 mph.

Some people think they are clever enough to add red and blue lights to imitate the police car and pass through the traffic easily. But when they get caught, they get an enormous fine, criminal charges, and possibly jail. So, avoid installing a set of blue and red lights on your vehicle since you could end up in significant trouble.

As such, the state took measures to reduce a lot of these vehicle changes. Some have become illegal in some states or across the board. So consider first which changes are legal and which ones are illegal in your neck of the woods before you decide to install any of them on your car.